Satellite imagery can provide geologic context for scientific discoveries on the ground, such as sample location mapping for fossil discoveries. A new study led out of McGill University by Cortés et al. (2021) details the discovery of fossils in central Colombia that represent a new genus of ichthyosaur—large, long-extinct marine reptiles. Dubbed Kyhytysuka sachicarum, this new genus displays teeth that are unique compared to previously discovered ichthyosaurs. At the time these ichthyosaurs were alive in the Early Cretaceous period, Colombia was part of the supercontinent Gondwanaland. Comparing these fossils to other relatives in the ichthyosauria family, the genus were “hypercarnivores,” something not observed in this family since the Early Jurassic. This “opens new questions regarding the diversity and paleobiology of Early Cretaceous ichthyosaurs,” the authors note in their paper.

The full study can be found in the Journal of Systematic Palaeontology. 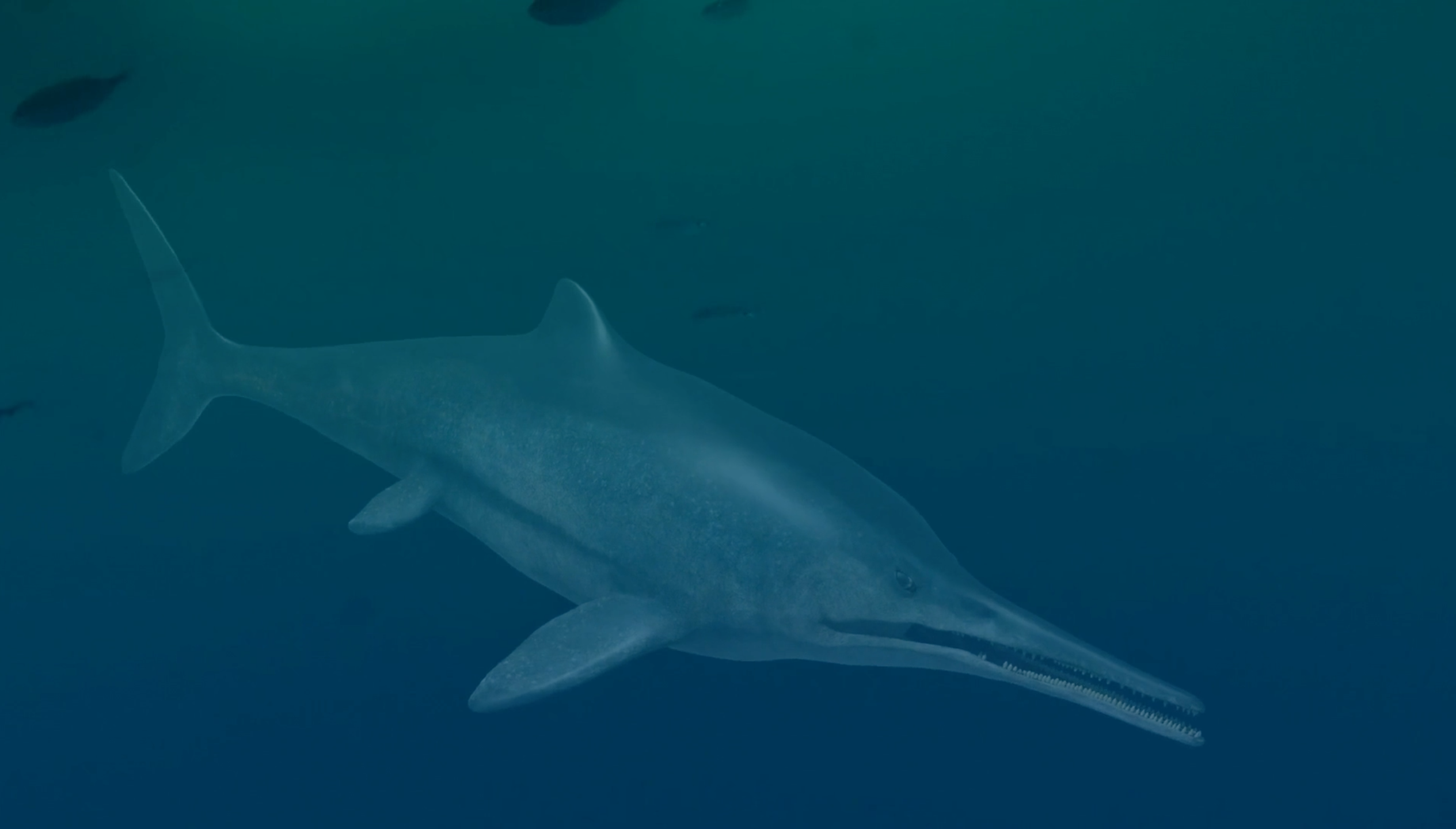 Artist’s rendition of Kyhytysuka sachicarum from the supplemental material of Cortés et al. (2021).