The movement of river sediment influences many aspects of land management, including water quality and the life cycle of dams and other impoundments. Hydrologists will benefit from improved methodologies to track river sediment flow and geomorphological evolution of the river channel. Robert Strick, from the University of Brighton, and colleagues used a […] 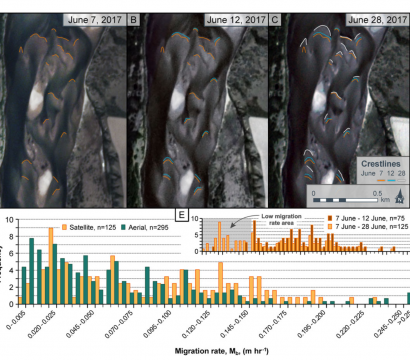 If it were possible, a stationary observer in sun synchronous orbit would see one Planet Dove satellite rocket past every ~90 seconds. At polar latitudes, the relative speed of Earth’s rotation is much lower, like the inside tracks of a vinyl record. As a result, Planet often collects multiple images of the […] 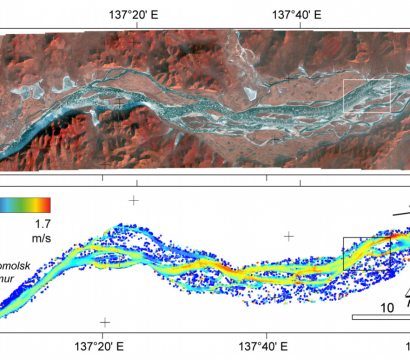 The flow of suspended sediment—fine particles carried by the water column—varies widely in tropical rivers, and can influence water availability, silting of reservoirs and pollution. Monitoring sediment loads over large rivers can be difficult with ground stations, making remote sensing a preferred solution. However, high spatial and temporal resolution are required to […] 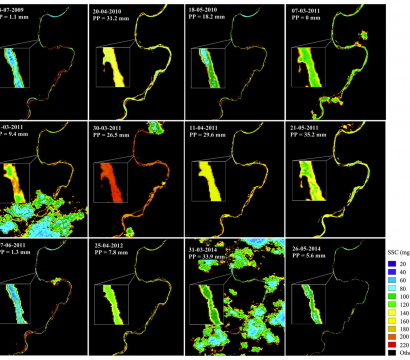 In the Arctic and Boreal regions, millions of freshwater lakes influence carbon dioxide and methane emissions to the atmosphere. Lakes that are more dynamic, with a variable shoreline, may have a greater flux of these greenhouse gases. Leveraging the Planet Dove and RapidEye constellations, which collectively image daily and sometimes multiple times […] 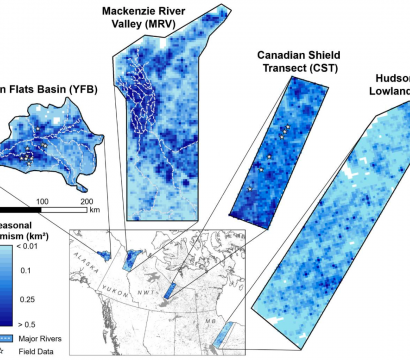 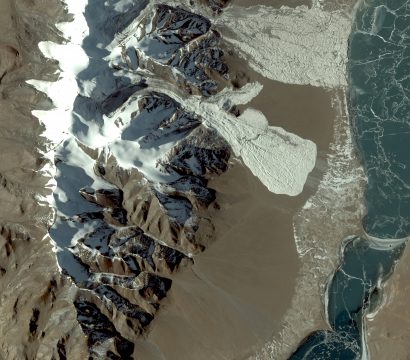 Using the Yukon Flats in Alaska as the test study area, Sarah Cooley and colleagues evaluated the potential scientific utility of the Planet Dove constellation for hydrologic modeling and research. The study concluded that Planet imagery can improve mapping and tracking changing inundation extent of hundreds of small, heterogeneous water bodies in […] 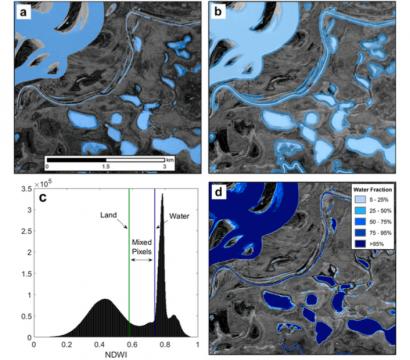 Planet’s constellation of satellites, with daily revisit rates and sub 5 m resolution, provides the ability to overcome the usual spatiotemporal restrictions associated with traditional remote sensing. Matt McCabe and team explore the suitability of Planet imagery for an array of retrieval opportunities pertinent to hydrology, including leaf area index (LAI) and […] 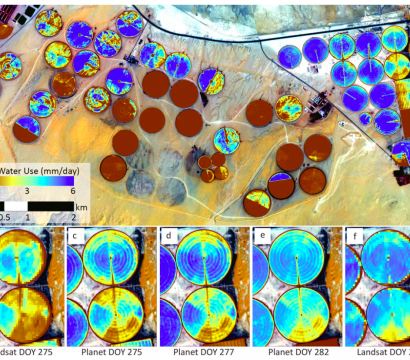