A Planet SkySat image of northwestern China shows what experts say is a construction site for a new silo for a nuclear-tipped ICBM. © 2021, Planet Labs Inc. All Rights Reserved.

In late June 2021, The Washington Post showcased how researchers from the Middlebury Institute of International Studies (MIIS) used Planet’s satellite imagery to discover the construction of 119 intercontinental ballistic missile (ICBM) silos in China. Experts used Planet’s continuous stream of medium resolution Dove satellite images to monitor progress of the silos’ construction over time. The imagery revealed circular pits, possible control centers, and dome-like structures covering some of the sites, all of which are consistent with other missile silo construction practices.

And just yesterday, The New York Times reported that analysts at the Federation of American Scientists (FAS) had discovered a second missile silo field under construction in Eastern Xinjiang, China. This finding, coupled with the MIIS’ early analysis, estimates that the country has roughly 230 new missile silos. “The silo construction at Yumen and Hami constitutes the most significant expansion of the Chinese nuclear arsenal ever,” Matt Korda and Hans M. Kristensen wrote. 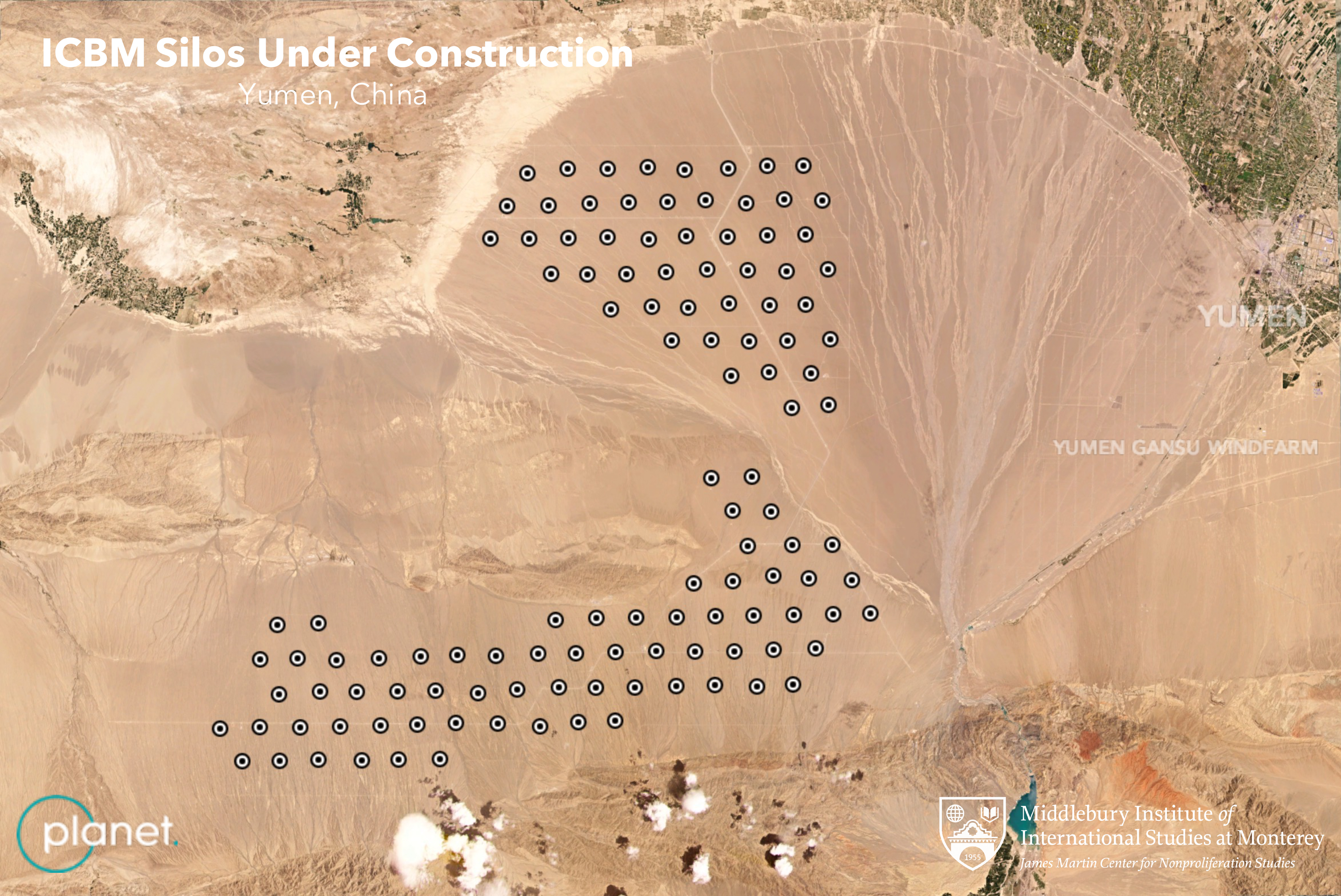 In both instances, the silo fields could not have been initially discovered without the always-on monitoring nature of our Dove constellation.

Jeffrey Lewis, an expert in nuclear nonproliferation and geopolitics at MIIS, commented that, “given the relatively small footprint of high-resolution satellite images, it would have been impossible to detect and characterize this facility without high-cadence, wide-area imagery of the kind provided by Planet’s constellation of Dove satellites. The near-daily imaging at 3 m provided enough coverage to characterize the entire 700 square mile site at a resolution sufficient to identify the construction shelters.”

In other news: The Associated Press used Planet imagery to discover the development of a United Arab Emirates air base on Yemen’s Mayun Island.

The New York Times: Mountains, Ice and Climate Change: A Recipe for Disasters

Planet imagery helped a group of researchers analyze the cause of a devastating landslide that struck the Himalayas on February 7, 2021. The water was originally thought to have come from an outburst of a glacial lake, but Planet’s satellite images from before the disaster showed no evidence of lakes. This led an international team of landslide experts led by Dr. Dan Shugar at the University of Calgary to discover the true cause – a massive rockfall at a location called Ronti Peak. On the day of the landslide, two Planet Dove satellites flew overhead just 27 minutes apart, capturing the dynamics of the landslide in motion. The researchers then used Planet’s SkySat data for a closer look and found dust deposition from the deluge of water, ice, rocks, and debris along the valley from its possible origin high in the mountain to its floor. Their analysis of this event was recently published in Science. 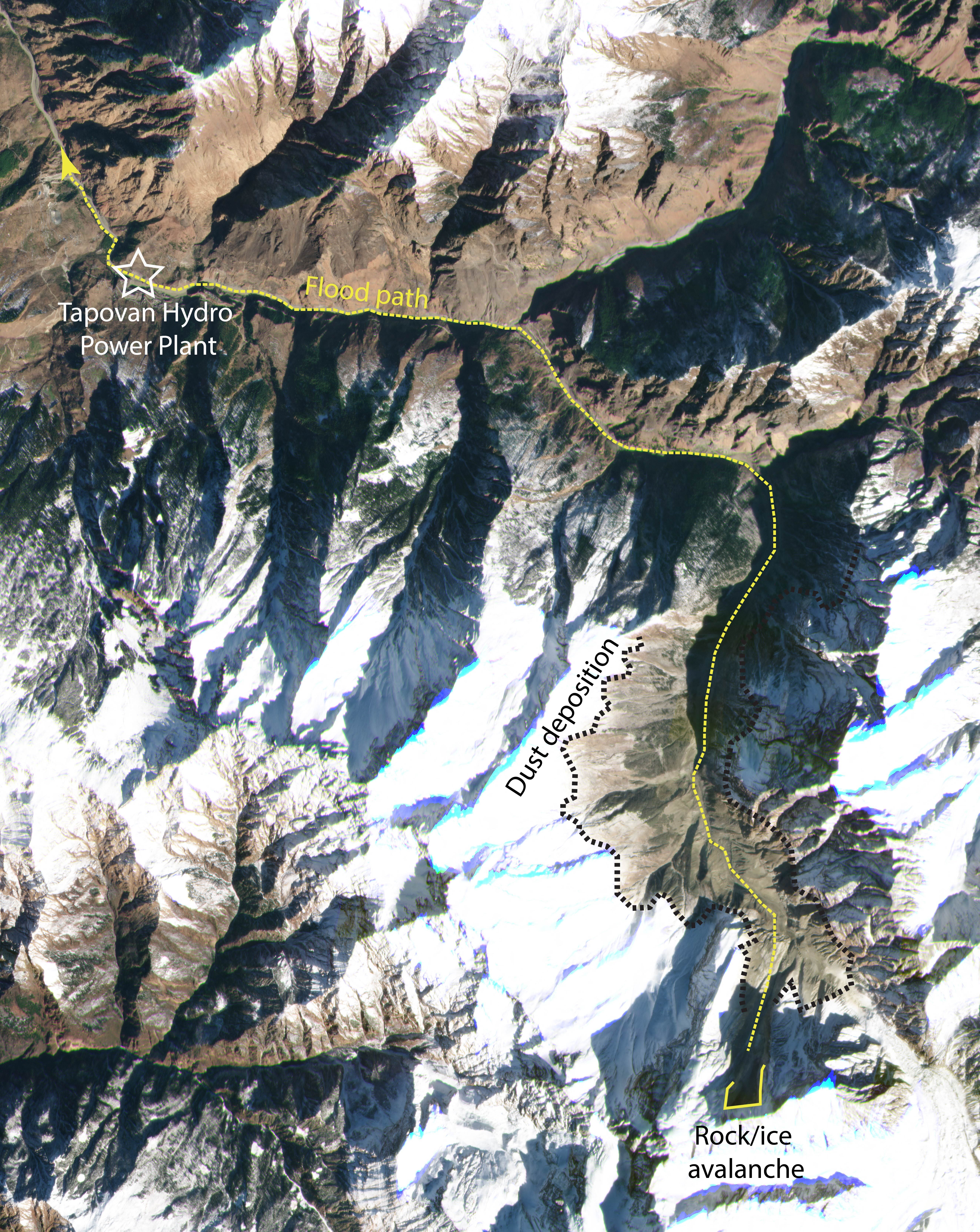 In other news: The Washington Post included Planet’s aerial images that revealed toxic pollution from a cargo ship that caught fire in Sri Lanka.

The New York Times investigated a series of Israeli airstrikes that destroyed three apartment buildings in Gaza and killed 44 people on May 16, 2021. Journalists cross-referenced videos and photos with Planet’s satellite imagery to map out where 20 of the guided bombs launched that night landed in the neighborhood of Rimal in downtown Gaza City. 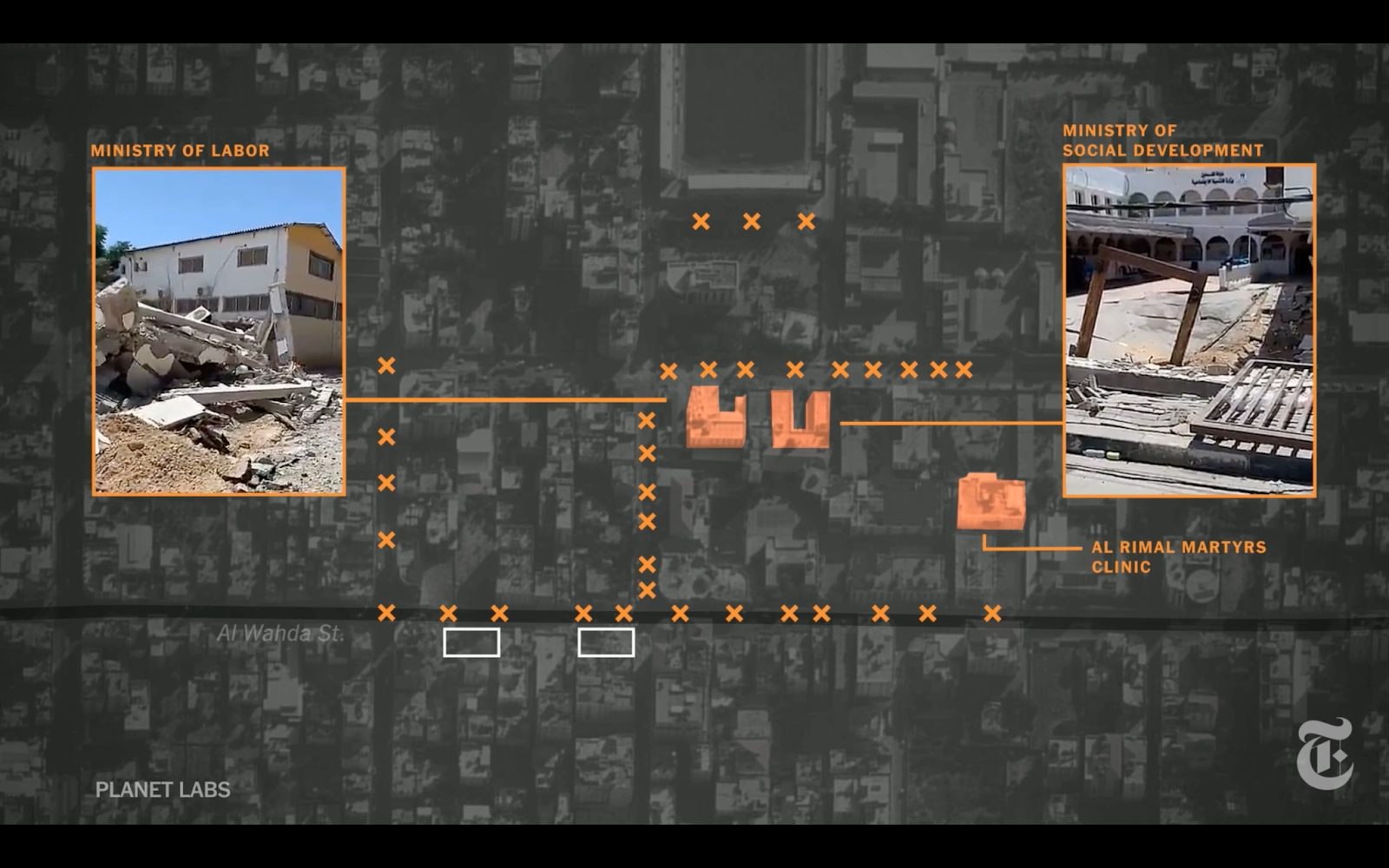 In other news: WIRED wrote about how more precise satellite imagery, like the ones made by Planet, help detect the extent of damages in conflict areas like the Gaza Strip.

Der Spiegel: Obituary for the Spruce

Climate change has arrived among the forests of Thüringer Wald, a mountain range in central Germany. In Obituary for the Spruce, Der Spiegel journalist Barbara Supp and photographer Maurice Weiss visit Thüringer Wald and report on the dire condition of the spruce tree and how the communities who rely on this ecosystem are adapting. Planet satellite imagery shows how drought and an infestation of bark beetles have devastated the number of spruce trees within the forest, represented by the changing forest cover from the summer of 2017 to February 2021.